Here's a lawyer's headshot I did recently. I think it's a nice portrait, and the client was happy with it. But, the fun story behind it is about the teeny tiny little room in which it was made. It was one of those meeting rooms with just enough space for a 3' round table, four chairs, a small filing cabinet and a potted plant. Maybe 8'x10'. We're talking small. Especially when you have to cram in all the gear needed to make a well-lit portrait: a 6'x7' backdrop, a large main light on a stand, a background light on a stand, and a hair light on a stand, plus the subject and the photographer.

Here's how I adapted my technique to the space to get the lighting I wanted. First, the main light had diffusion material on the front, so I was able to position it right up close, within 3' of the subject. This helped to minimize the amount of light bouncing all over the room and landing where I didn't want it. Second, I positioned the subject close to a white wall so some of the main light would bounce back and fill in the shadows. Third, as there was no space to position the hair light above him and I couldn't bounce it off the ceiling without also lighting up the backdrop, I tucked it between him and the wall and aimed it at a point on the wall above and behind his head so the light would create a gentle rimlight on his head and shoulder. Finally, I used a relatively wide lens aperture so that I could position him close to the backdrop and still have the backdrop somewhat out of focus.

And voilà. One of the things I like about working on location is that every job presents new challenges, and coming up with the right solutions is oh so satisfying. 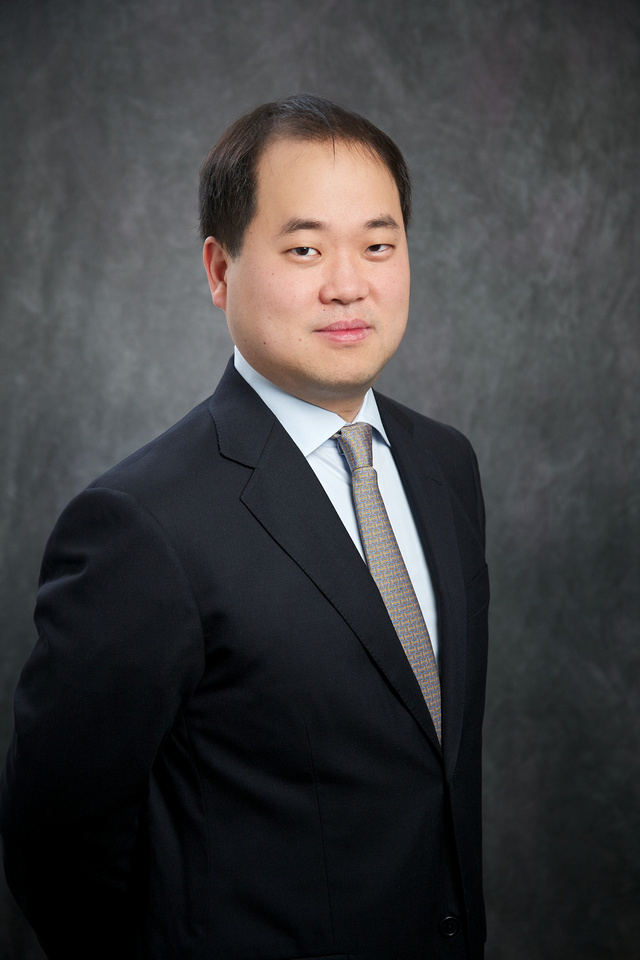 Site design and content ©Happening Photos. All rights reserved. Photos may not be reproduced without permission.